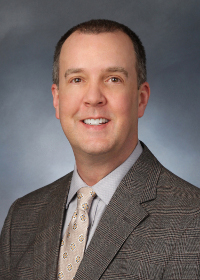 Over the past decade arcane federal regulations of colleges and universities have expanded in scope and detail.  Additionally, Congress continues to frequently modify the law by amendment. The modified regulations, based on full-time residential students, has created the need for interpretation and devastated staff productivity.

Cliff is one of those who fully understands the regulatory environment, can translate regulations into computer code, advise Sigma System’s users on processes and lead software development projects.

He is also Sigma’s project manager for Kuali student accounts. The project is completely redeveloping Sigma’s proprietary system using the latest information technology. Through partnerships with the University of Maryland and the University of Southern California, the code will be available as open source. Anyone can download the software and implement, modify and extend its functionality. Cliff’s goals again are assured compliance and improved productivity, real-time secure exchange of data and full support for student self-service.

Cliff has been Sigma’s Director of Development for Sigma Systems since 1999. Since the Department’s Modernization beginning in 2001 Sigma is one of the software suppliers that works closely with the U.S. Department of Education Federal Student Aid to develop data exchanges with colleges and universities using new technology. Sigma Systems is often the first and largest FSA “test case”.

He came from Michigan State University, a large research university. It is recognized for its innovative financial aid processes enabled by using Sigma Systems technology.

Cliff is a frequent and welcomed “working” visitor to im+m’s modest office a few blocks north of the White House.